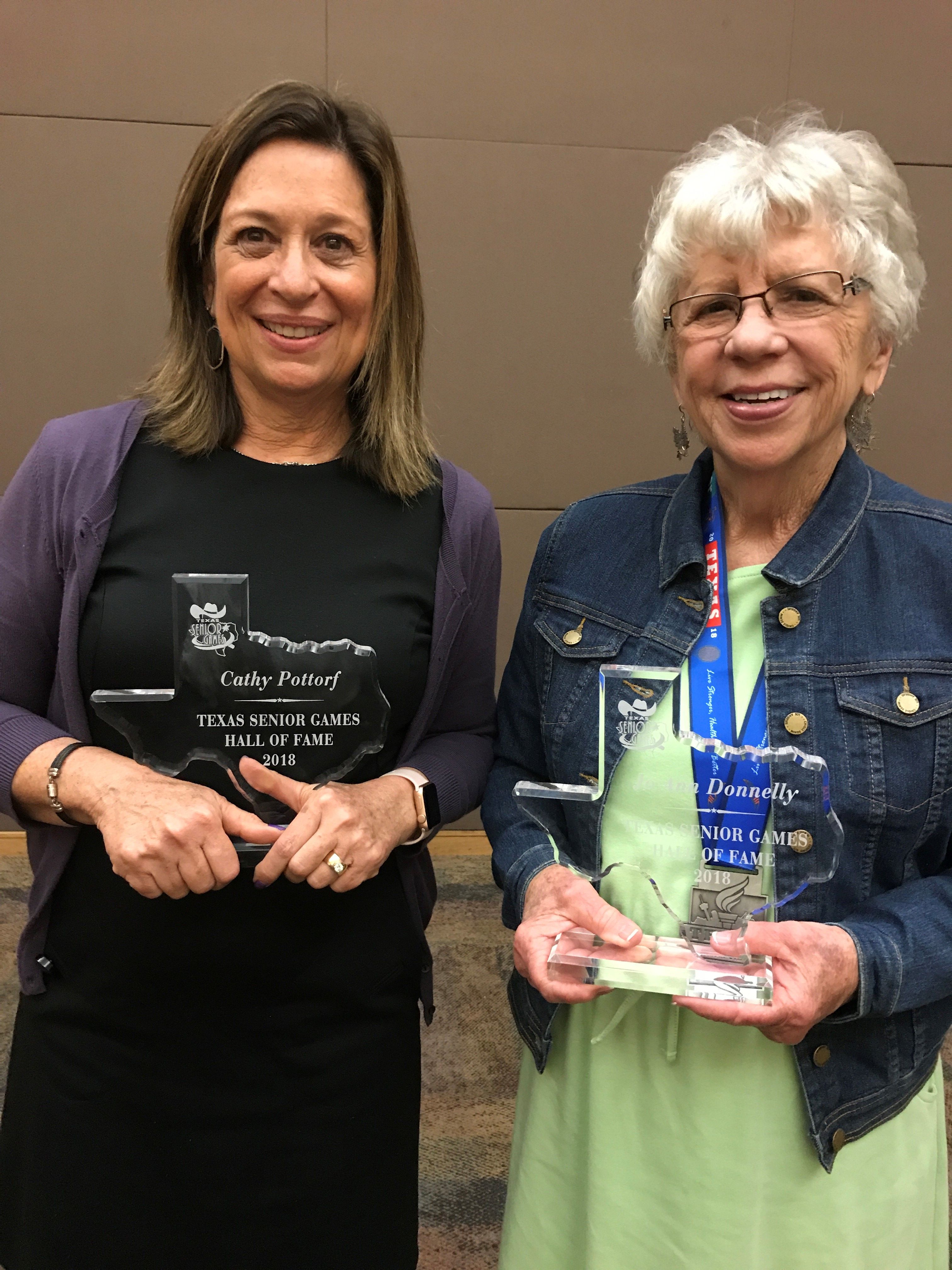 The purpose of the Hall of Fame is to recognize the accomplishments of the many athletes who have competed in the Texas Senior Games and those individuals that have promoted The Texas Senior Games at the local, stat,e and national levels. The award will be presented every other year (qualifying years) at the State Games.

Nominations may be submitted by anyone; however, self-nominations will not be accepted. Individuals may also be inducted posthumously. Team sports will be considered based on their team's long-term performances.

To nominate someone for induction into the Texas Senior Games Hall of Fame, download and complete this form.