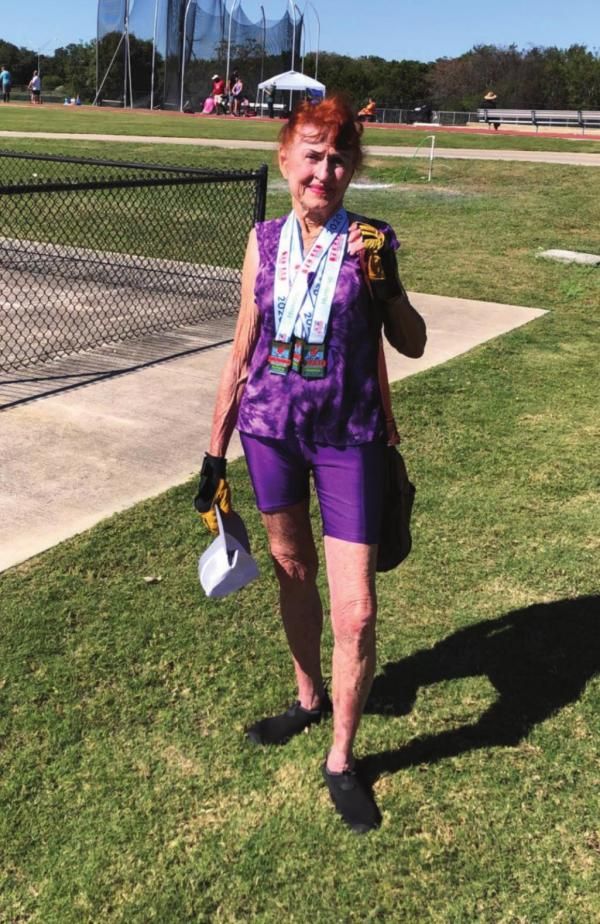 Loretta McClaferty Watson, 85, is still competing in the world of sports, something she has done all her life. She was born and raised in Dripping Springs. While attending Dripping Springs schools she participated in volleyball and softball and was a head cheerleader. Interests learned here have stayed with her.

When we first moved to Dripping Springs in 1965, we soon learned of the adult community's interest in their own sporting activities. As the basketball season neared an end, we began to notice the adults' excitement. It seems for years as soon as the basketball season was over, the gym was converted to volleyball courts for Monday night community volleyball. The men on one end and the women on the other. They would get started around 7:00 and end near 10:00. Loretta and her late husband, Dobber, were among the first to arrive to put up the nets. As the E.P. Shelton gym was phased out decades later, Loretta and Dobber continued to keep the tradition alive by moving to elementary gyms. The chapter finally closed when they could not get enough interest to continue. Meanwhile, beginning in 1985 she began playing in the adult women's softball league. She dropped out in 1998 and still holds the 62 age batting record of .333.

At the age of 72, she discovered the Texas Senior Games held in San Antonio each year. This organization sponsors 20 different sports for people 50 years of age and up with 5-year increments. It was started by the Barshop Jewish Community Center and San Antonio first held the games in 1990 with 525 participants. In 1992, the games were sanctioned by the National Senior Games Association and the senior games have been sponsored by the City of San Antonio since 2013.

After finding out about the organization, Loretta went down and signed up for six track field events. One of those early on was pole vault. She recalls that one of the local college coaches offered to tutor her in the event. She worked at it and one year cleared 6'0, a height she thinks stayed as a record for a few years. An automobile accident ended her competition in that event.

However, that did not stop her from competing. The six events she usually enters are the shot put, discus, hammer throw, javelin throw, long jump and high jump. Over the years she has collected well over 50 medals, most of which are of the gold variety. She acknowledges there are years she has no competition in her age bracket but she continues to compete by seeing how many younger entrants she can beat and she does.

On October 30-31, she made her annual trip to San Antonio and came home with another six gold medals. She shot putted 13'1.5, threw the discus 29'9, threw the hammer 38'10 (her favorite event), threw the javelin 18'1, long jumped 3'2.75 and cleared the high jump bar at 2'7. Even though the results do not match the heights of youthful athletes, if you are in your 80s, try it and see how you compare. We certainly applaud the efforts of Loretta and anyone else that continues to compete in events they enjoy. After all, we all need good examples to help us continue good health activities.

Texas Senior Games would not be possible without our Sponsors & Volunteers! Thank you for all you do to support the games! 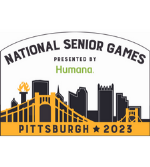