Susan has been involved in swimming as an athlete and a coach. Susan attended her first World Senior Games ten years ago to support one of the swimmers. While supporting him, she entered several swimming events. Little did she know how quickly she would fall in love with St. George and the Games.

Since that time, she has set 37 Games records and earned more than 50 gold medals. Susan appreciates the Health Screenings offered by the Games so much that she has donated to the Games to ensure that they will continue.  Susan is an official Games Ambassador, and brings new athletes to compete each year.

She swims all over the world, including Italy, Germany, Brazil, Sweden and Canada. She has made several open water crossings, including Lake Tahoe, Alcatraz and Key West. She plans on a solo swim to cross the Strait of Gibraltar next year.

On her feelings of being inducted, she says “I am stunned to say the least! This is an incredible honor because of what the Games personally mean to me. As an athlete, coach, ambassador, and donor, my involvement with the Games has been on many levels. The excitement I felt that very first year continues each time I visit. My hope is that I may live up to the standards that other inductees have placed before me and I will inspire others to the commitment of maintaining a healthy lifestyle. I plan to come every year, as the Games for me is a symbol of health, competition, ageing well, and friendship”. 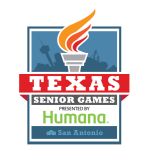 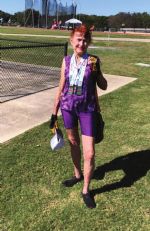 Loretta McClaferty Watson, 85, is still competing in the world of sports, something she has done all her life. She was born and raised in Dripping Springs. While attending Dripping Springs schools she participated in volleyball and softball and was a head cheerleader. Interests learned here have stayed with her.